If half as many people remembered President Carter’s Mideast treaty as remember his fiasco PLAYBOY MAGAZINE interview, he could be POTUS again in 2020. Can John Mayer recover in a similar way?

Many celebrity singers peak and then they vanish. Once they have tasted the heights of renown, the step off the stage.

Many die young. Many suicides. Many drug overdoses.

John Mayer was one such celebrity. His disappearance? One horrific Playboy Magazine interview. Makes me wonder about whoever edited that interview, knowing that John, a man then in his twenties, maybe after a drink too many, maybe sober, made one horrific answer. He insulted the inventors of rock music, African-Americans *horribly*. He seemed to spend an attempt at explaining his misstatement only to compare his wang to the KKK. You are thinking: does this dude even have a manager? Or a friend that’s there to tell him when he is all arrogant “[I] can do what it want and my guitar can do the talking if there are any misunderstand 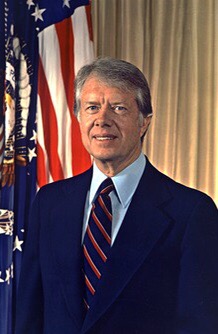 If half as many people remembered the amazingly fantastic, maybe greatest, peace treaty by a president in 40 years, where Egypt/[Palestine-Israel-Universal land?] as were known for his Playboy interview, he could run for president in 2020 where he’d be about 100 years old, having finished two complete terms that went 1976-2024.

[note on the undisclosed location from which I write and on Sundays watch football / Yes, the NEW YORK Jets have played in New YORK FOR 22 years, 1962-1984.

Then, they started and still play New JERSEY since 1984. 34 years, and this state is so humiliating that we host a team in the AFC who won’t use our name. That NEW YORK GIANTS team that have played in NEW JERSEY since JAMES EARL CARTER WAS THE PRESIDENT: also keeping NJ in an attempted state of abject humiliation through refusal to use the name. So today one undisclosed place in New Jersey- like my favorite team for life, I know it is bad for morale but personally, fair weathered fans are needed for ticket sales and nothing else. Fair weathered fans are like fair weathers friends.]