Most popular songs stay within 5% of their tempo.

There’s a sign on the wall
But she wants to be sure
‘Cause you know sometimes words have two meanings
In a tree by the brook
There’s a songbird who sings
Sometimes all of our thoughts are misgivingOoh, it makes me wonder
Ooh, it makes me wonderThere’s a feeling I get
When I look to the west
And my spirit is crying for leaving
In my thoughts I have seen
Rings of smoke through the trees
And the voices of those who standing looking

And it’s whispered that soon, If we all call the tune
Then the piper will lead us to reason
And a new day will dawn
For those who stand long
And the forests will echo with laughter

If there’s a bustle in your hedgerow
Don’t be alarmed now
It’s just a spring clean for the May queen
Yes, there are two paths you can go by
But in the long run
There’s still time to change the road you’re on
And it makes me wonder

Your head is humming and it won’t go
In case you don’t know
The piper’s calling you to join him
Dear lady, can you hear the wind blow
And did you know
Your stairway lies on the whispering windAnd as we wind on down the road
Our shadows taller than our soul
There walks a lady we all know
Who shines white light and wants to show
How everything still turns to gold
And if you listen very hard
The tune will come to you at last
When all are one and one is all
To be a rock and not to roll
And she’s buying the stairway to heavenSongwriters: Jimmy Page / Robert PlantStairway to Heaven lyrics © Warner/Chappell Music, IncAvailable on

Both songs show a complete average of between 80-84 beats per minute. Make s me wonder (sorry) if the moods are similar in their expression or the tempo average of multi-part songs are coincidental or are both the cries of one in solitude seeking the companionship of others.

“Dub the mic on the piano quite low this
Just keeping it like maracas, you know
You know those old pianos””Ok, we’re on””Sugarplum fairy, sugarplum fairy

“I read the news today, oh boy
About a lucky man who made the grade
And though the news was rather sad
Well, I just had to laugh
I saw the photograph

I saw a film today, oh boy
The English Army had just won the war
A crowd of people turned away
But I just had to look
Having read the book
I’d love to turn you on”Five, six, seven, eight, nine
Ten, eleven, twelve, thirteen, fourteen
Fifteen, sixteen, seventeen, eighteen, nineteen
Twenty”Woke up, fell out of bed
Dragged a comb across my head
Found my way downstairs and drank a cup
And looking up I noticed I was late
Found my coat and grabbed my hat
Made the bus in seconds flat
Made my way upstairs and had a smoke
And everybody spoke and I went into a dream”Oh shit”I read the news today, oh boy
Four thousand holes in Blackburn, Lancashire
And though the holes were rather small
They had to count them all
Now they know how many holes it takes to fill the Albert Hall
I’d love to turn you”See the worst thing about doing this
Doing something like this
Is I think that at first people sort of are a bit suspicious
‘You know, come on, what are you up to?’Songwriters: John Lennon / Paul McCartney

What do you think?

Revolution was a song written by John Lennon and Sir Paul McCartney.

There measurements were synthesized by matherton, by himself.
The lyric in the song John says he wished he had not included was
“And if you go carrying pictures of Chairman Mao,
You ain’t gonna make it with anyone anyhow.”

An excellent blog post on this issue is found at POET AT THE EDGE, by someone who did not sign their name.

“The Revolution led to the destruction of much of China’s traditional cultural heritage and the imprisonment of a huge number of Chinese citizens, as well as creating general economic and social chaos in the country. Millions of lives were ruined during this period, as the Cultural Revolution pierced into every part of Chinese life . It is estimated that hundreds of thousands, perhaps millions, perished in the violence of the Cultural Revolution.

On the flight back to Genoa City Wisconsin THE BEATLES were rocking the flight. Tucker was accepted as a full metrology person as his numbers were within the scientific 0.02% error range all month. He thanks Joshua Morrow aka Nicholas Newman! 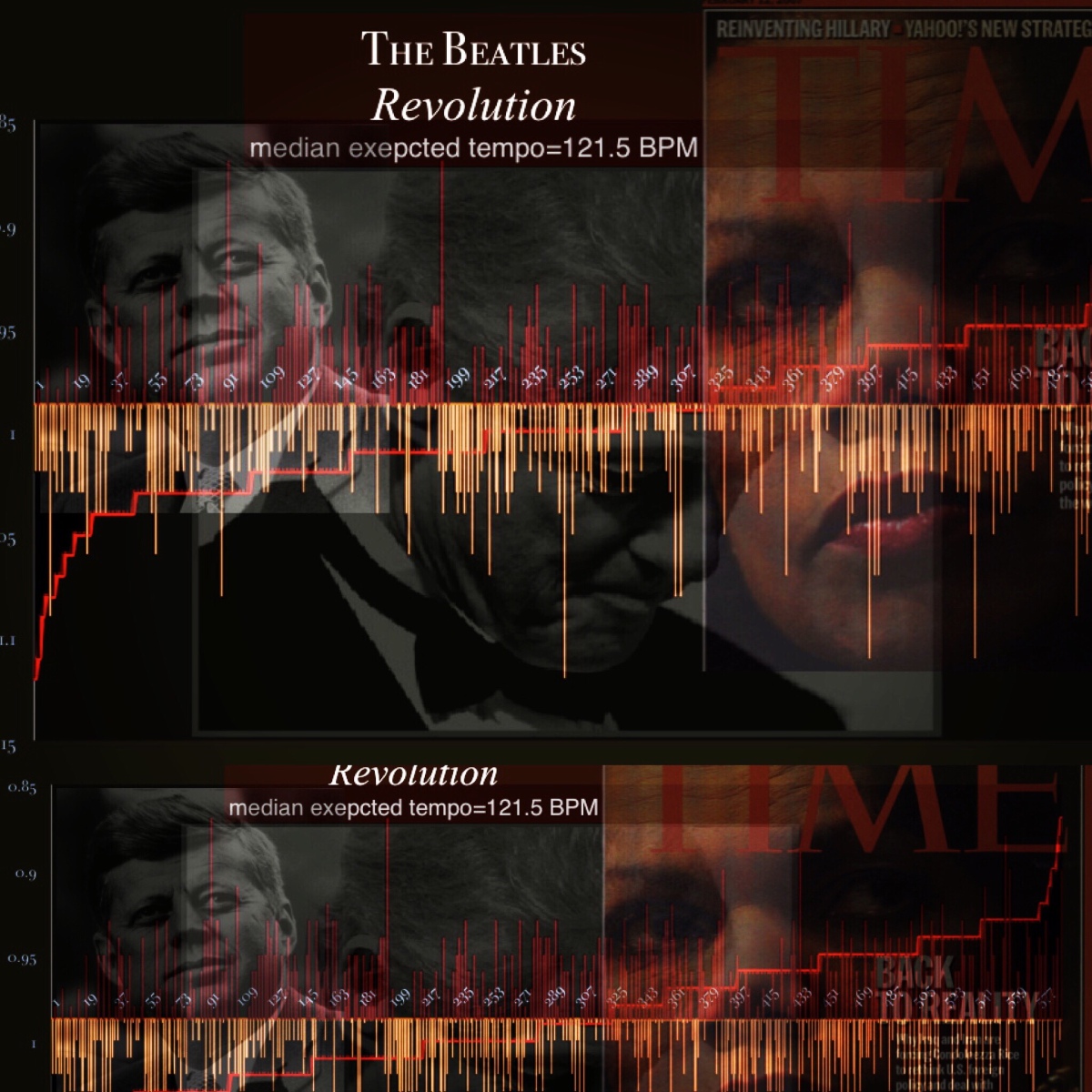 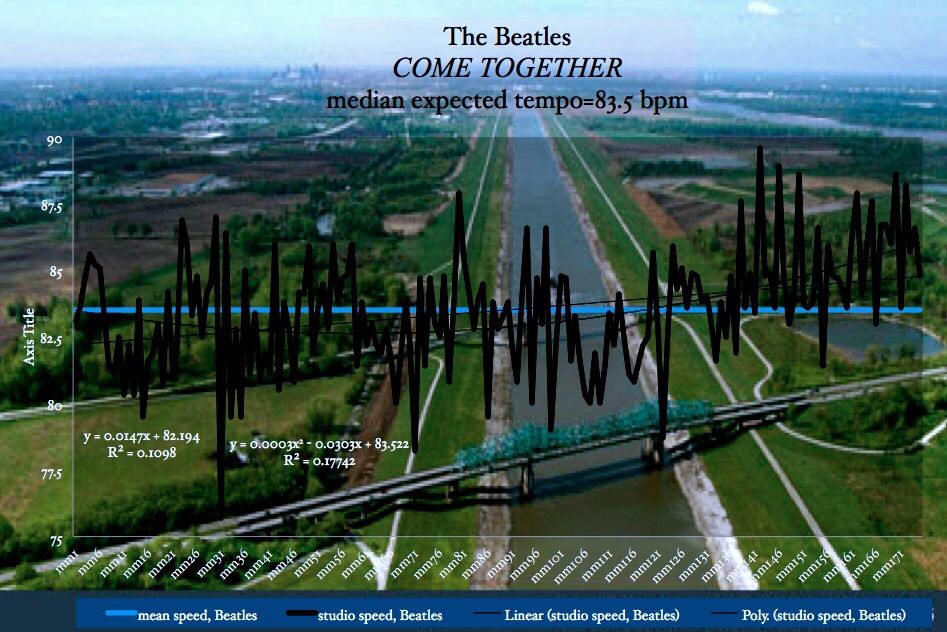 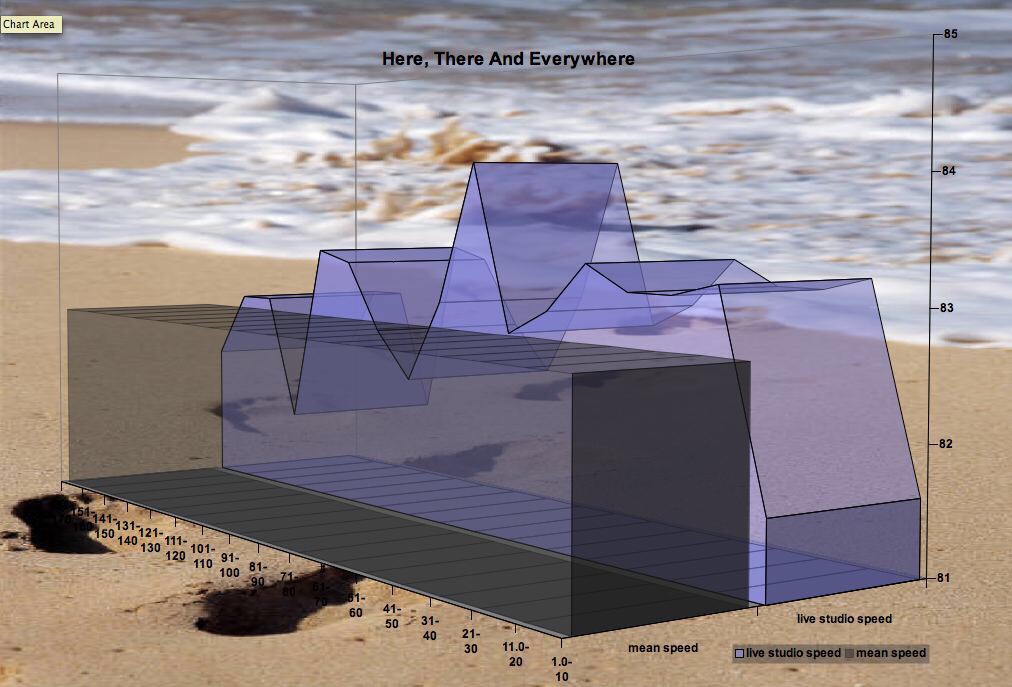 in memory of Sandy Dennis,
Tucker and Rudy

The best songs hit me in the gut, viscerally.

I’ll usually like a song or not based on

1) liking the initial bodily pull from the harmonic rhythm; 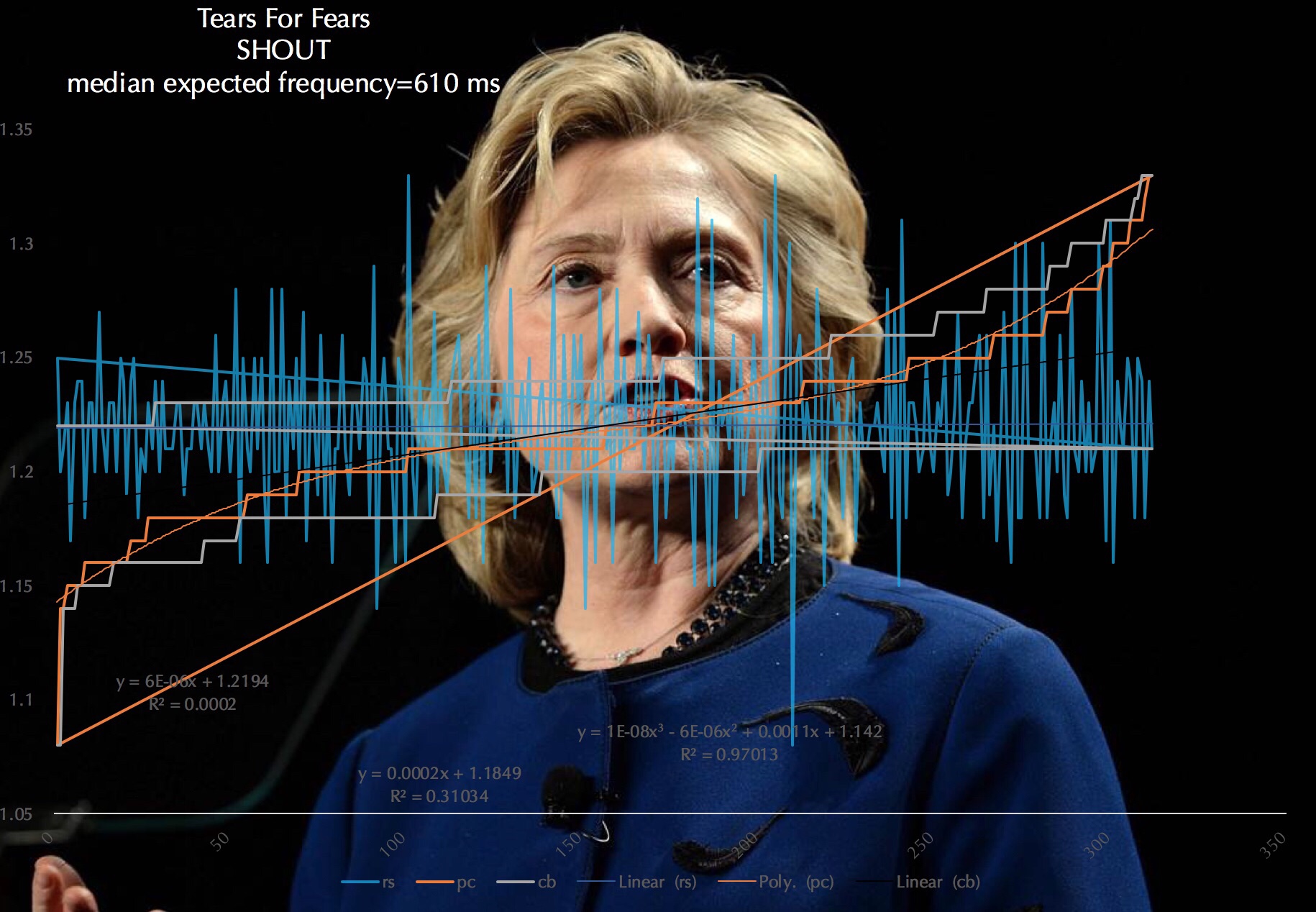 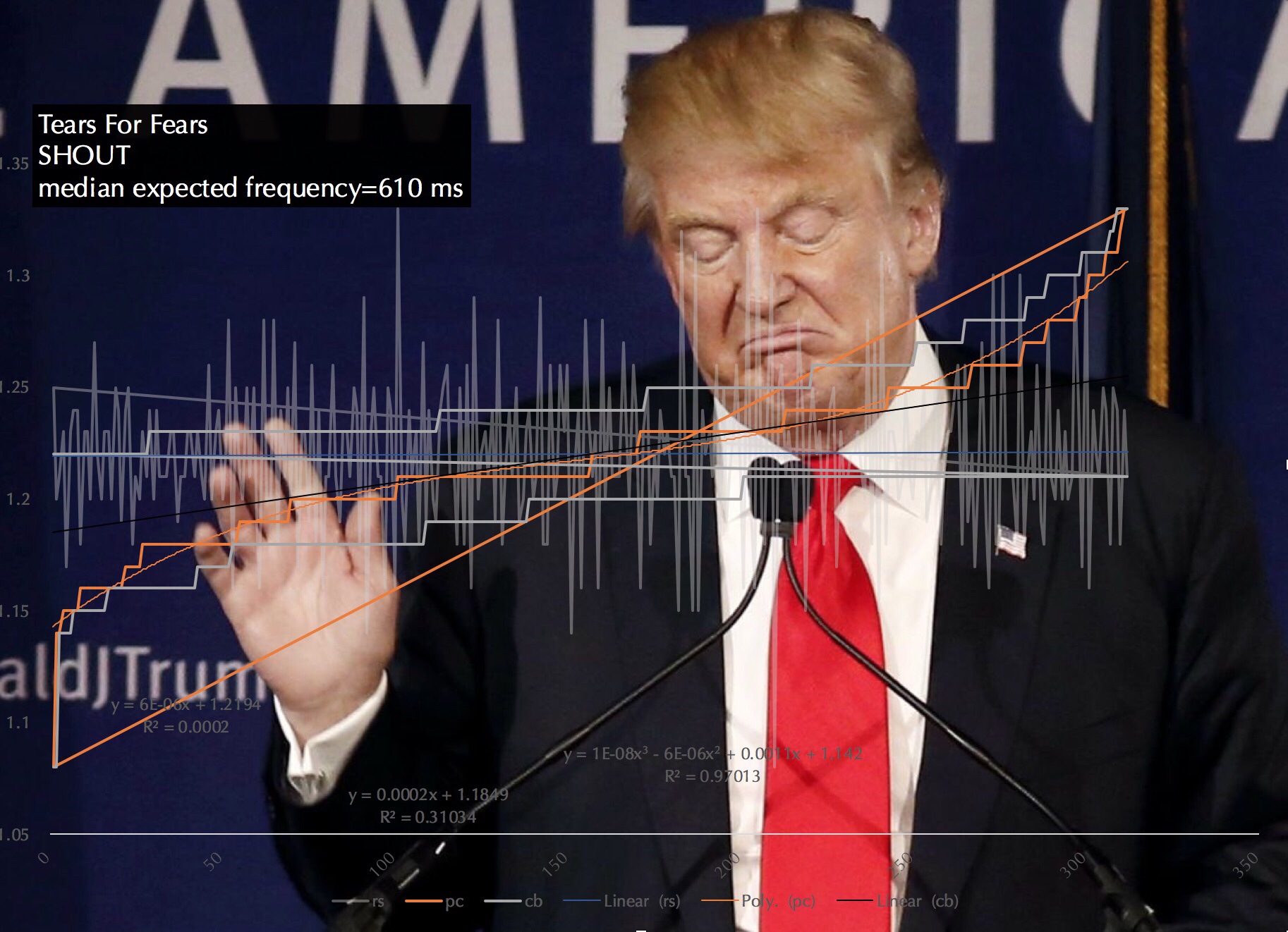 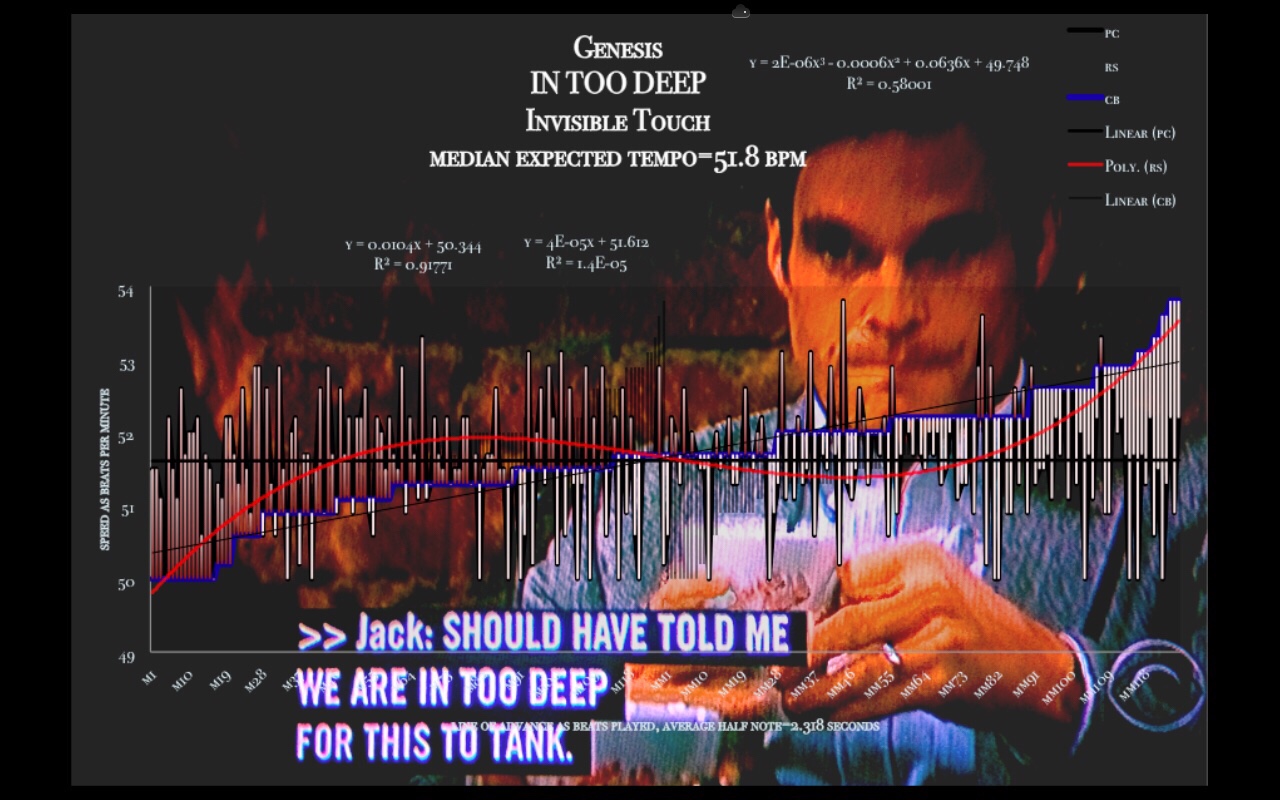 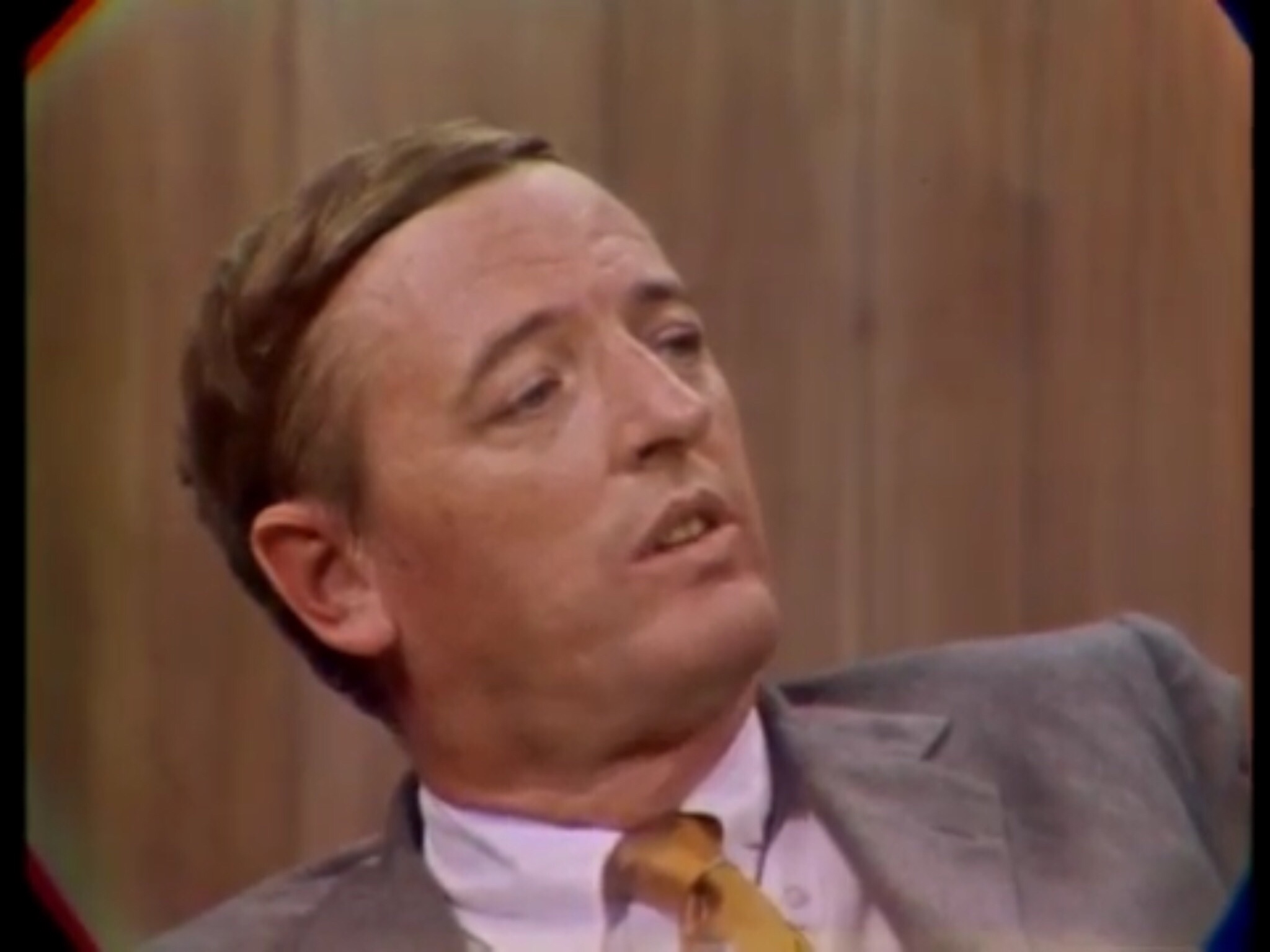 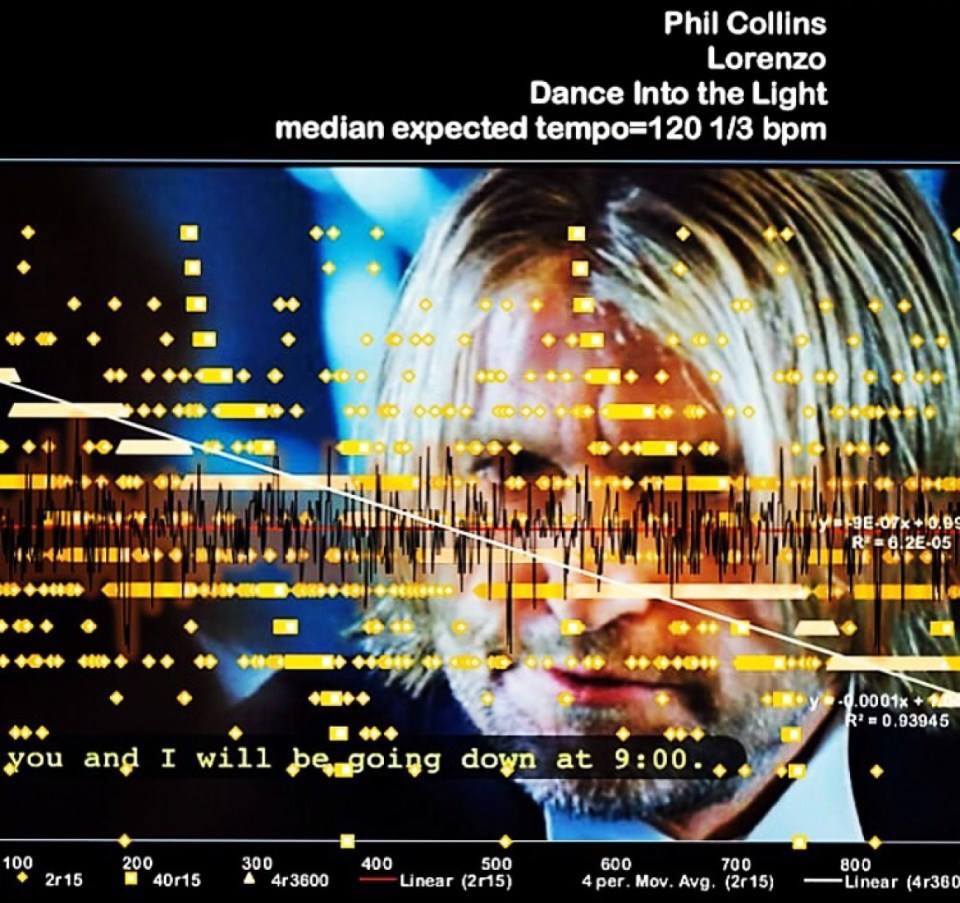 Speed is something that rules music, Burt I have never changed a song in my of purchases based on tempo. All music I measure is purchased. I thank YouTube and WordPress firewall allowing recording embeds, borrowed never stolen. I’m a 40 year musician – I get it. Also a lawyer, thus being disbarred for stealing and REO Speedwagon hit? No thanks! Live ya Kevin Cronin, so know I bought everything I listened to before checking out GREAT performances from all the fantastically generous artists on YouTube💯💯💯.

I *have* thousands of purchases based obj whether I like the way that tempo is being used. I own every Pat Metheny Group, Genesis and Dave Matthews Band song. In the end, Carter Beaford of the Dave Matthews Band has been there most underrated musician alive since 1992! 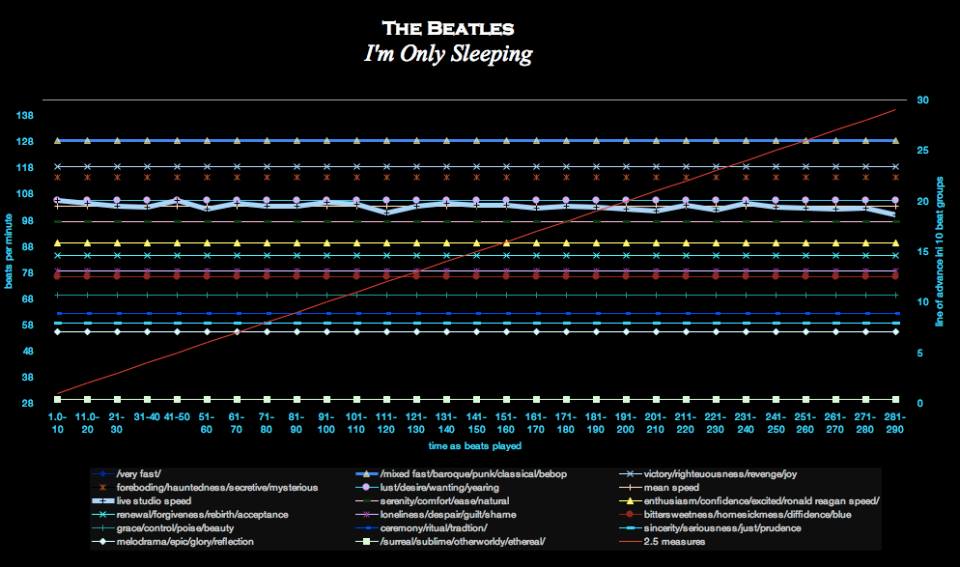 Most of these charts were not intended to be classified when made.

However, when WordPress and Google merged, in a true “you get what you pay for” move, one ate the other along with 20-20K images I had posted.  I didn’t take it personally.  It happened to way better websites than mine.

Luckily it has happened before because usually yeah, it is true – you pay for what you get.  Google and WordPress have given me tremendous computer power for no money.  The only extra money I spent with WordPress was and is for extra storage space in order that the images be large and clear. I spend extra with WordPress for a url redirect as typing in “rooseveltparexperiment.wordpress.com” is too complicated for the age where a D-Wave computer is passé.

From “Notes on the ravings of Jim Deluva”, now that Jim has left New Jersey and is working in undisclosed location #22.

I told him that I was working on trying to get the drummer in my “too old to get on stage” garage band as it beats working out in a gym, pounding tom-toms!

The words of James came after the suggestion that if Ticket To Ride by the Beatles precedes a song, and he could play the next song, or decide which song to play in a band like Daryl Hall and friends

“Ticket To Ride”. The drumbeat is INSANE. It lurches and never locks into a straight groove until the bridge, where it starts and stops again. It isn’t exactly in the pocket – I.E.: it would be difficult to notate those tom-tom upbeats.

Personally, I would segue into “Tomorrow Never Knows” (128). Slightly faster tempo, similar insane, lurching drum beat. Completely different mood, I know. But the beats sort of line up, in a weird way.

No one speaks with both the authority and open-mindedness of a Deluva while you know he may be thinking, “Dude, how did they even let you into this studio!”

Given his unduly harsh reputation, I asked him when he left his Princeton if he would lend his expertise to a website where his knowledge would give me some ideas to work with that would give my ideas wider use.